Funding for the gaming industry now often exceeds that spent on block-buster movies and the industry trade shows abound with innovative technology. It’s like walking into a supercar showroom – it’s hard not to be impressed.

Why then, do current warfighters still have a reluctance to train using synthetic systems? Many trainees today are keen gamers and enhanced reality is creeping into several aspects of everyday life, so why the reservations and reluctance? As someone who is probably the most experienced designer and deliverer of synthetic collective training in the World, this is a question I have to ask myself. 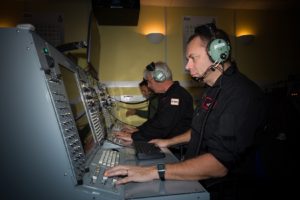 After several visits and meaningful discussions with many providers, I think I have the answer. The problem is actually the technology. Not because it isn’t brilliant, but because it’s not correctly exploited. Use of it is often akin to a street busker trying to play Greensleeves on a Stradivarius violin, a pub pianist on a Steinway! The military get seduced by the technology but sometimes ignore the all-important enablers that deliver actual capability. They get great equipment but can’t get the performance they want out of it and, eventually, their audience (trainees) drift away.

This is why it’s vital to have a professional White Force. It pains me to see significant sums spent on awesome training devices; money which is then wasted through not having the ability to use the devices other than in a fairly benign way. They buy a supercar but then drive it like the family hatch.

To continue the terrible analogies, I am a keen cyclist but even if you gave me Chris Froome’s bike, I’m always going come last in every stage of the Tour De France. But this is what many militaries do with their synthetic training devices – they procure great technology, but then staff it with people who cannot exploit it. Effectively, huge sums of money are wasted or the budget is completely mis-aligned due to “equipment seduction”.

Synthetic training, particularly in the Team and Collective domains, absolutely needs a professional, independent team of experts (White Force in old money) to fully exploit every ounce of potential from it. They must be independent. If they work directly for, or are contracted to, the equipment supplier, how will the system be effectively accepted, criticised, and exploited? How will you know your continuous improvement programme will be training focussed, and not what the original supplier wants to sell? 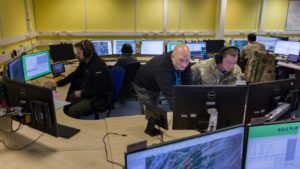 Equipment suppliers: embrace your independent White Force, you will get the fastest, most accurate user feedback possible. Exploit this, make the changes requested and you will quickly gain a market advantage by developing a user and customer focussed system.

Militaries: enable your White Force by investing in them. Give them full access to intelligence so that they can replicate threats very accurately. I guarantee the synthetic equipment can reproduce any threat you wish, but can your White Force? Who will design and build challenging, testing, accurate, scenarios and do it quickly? Don’t buy equipment if it takes months to build a scenario on – it can be done in hours if User inputs are correctly acted upon! Who will train your all-important frontline augmentees? Who will test and evaluate, debrief the training and collate lessons? What about credibility? You wouldn’t let a PPL Cessna pilot debrief a fast jet 4-ship. How will you create and sustain immersion on a targeted fidelity system? Realism in all the important places is what produces true immersion. 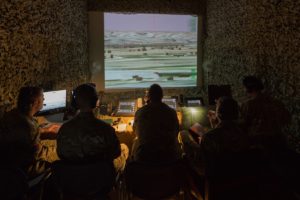 Synthetic capability is already fantastic and the potential is still immense, particularly with useable augmented reality just being around the corner. Please though, think about capability not just equipment. Don’t be left with a concert piano and someone tapping out Ode to Joy with one finger!

Click here to find out more about our Synthetic Training Division.