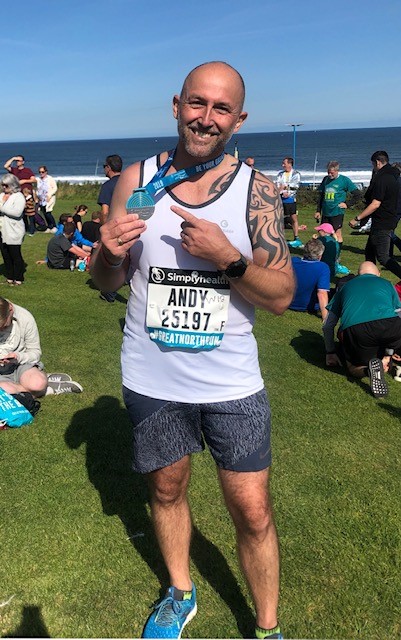 On Sunday 11th September, I will be running my fourth consecutive Great North Run to raise money for Macmillan Cancer Support, on behalf of my good friend and Inzpire colleague Johnny Wallace.

In January, Johnny received the devastating and unexpected news that he had been diagnosed with terminal stage 4 lung cancer. It is impossible to try and comprehend the impact of those words on him and his family and for those of us privileged enough to know and work with Johnny, his diagnosis is numbing.

The subsequent months have been unimaginably hard for Johnny and his family. Somehow amongst the shock and pain of this news, along with the ongoing treatment that he is of course having to endure, Johnny has found a strength and fortitude that has seen him gather himself, return to work, bring forward his wedding to his partner Maria and have the kind of conversations about their future that none of us expect to have. They have managed to find a way to look forward and make memories with the time they have left together. A lot of this he credits to the dedicated and specialist care he has received from Macmillan Cancer Support. From social and emotional advice and guidance, through to financial help – the Macmillan team are providing a much-needed arm for them to lean on. 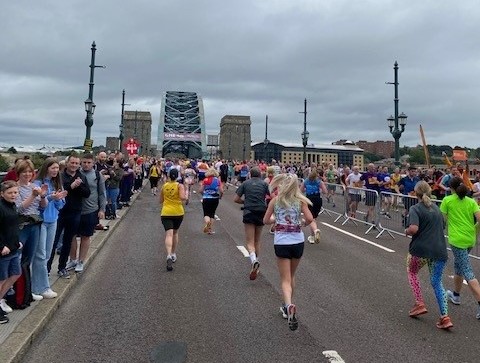 So why the Great North Run?

I run a lot – most people who know me also know that. I’m no pro and do it just to stay fit, but I add to my normal training runs by regularly running 10K races, the odd 10-mile race and every year (if I can get in!) the Great North Run, which is a half marathon. I do it for the challenge primarily, but also for the buzz of race day events which are always well attended (typically the 10K races I run attract anywhere between 2,000 and 6,000 runners), the fun of a large supporting crowd along the route, the desire to beat my personal best and of course, a spangly medal to celebrate the achievement.

The Great North Run is very special to me. It’s a weekend long festival of running that quite literally takes over the whole centre of Newcastle and the vibe is sensational, with thousands of people descending on the city. On the Saturday, there are 5k, 10k and kids’ races, but it’s all about the big one on the Sunday... the half marathon, where there will be 60,000 other runners joining me on the day and where the atmosphere is always epic. It’s the world’s biggest and best-known half marathon, that is always shown live on the BBC and beamed worldwide ... and yes, I’ve even suffered the embarrassment of being filmed live crossing the finish line before!

Most importantly, it gives me an opportunity to raise as much money as I can for worthy charitable causes. On my previous Great North Run’s, I have managed to raise good amounts for a cancer ward that treated my brother through his own battle (and subsequent victory) with cancer, the Julian Campbell Foundation who help young people manage their mental health, and St Barnabas, a local palliative care hospice in Lincoln. This year, I’m running to raise money for Macmillan Cancer Support. Whilst I sadly can’t do anything about Johnny’s diagnosis, it was a no-brainer when it came to deciding who to fundraise for this year.

If you would also like to help support Johnny, there’s still time to donate to my JustGiving page; it really would be appreciated.

If you want to watch it (and maybe spot me in amongst the masses, trying to get past people in giant pepperami costumes, dressed up as pantomime dames or carrying fridges!) coverage is on the BBC from 1000. The race itself starts at 1045 but because of the sheer numbers running, it takes the best part of 20 minutess to cross the start line and I hope to be finishing somewhere around the 2-hour mark. 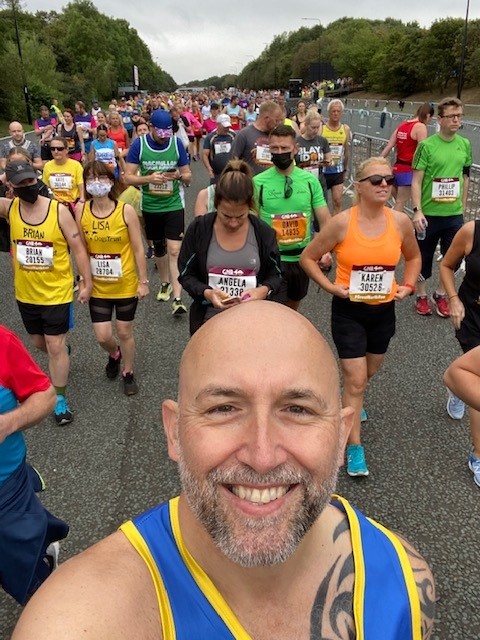