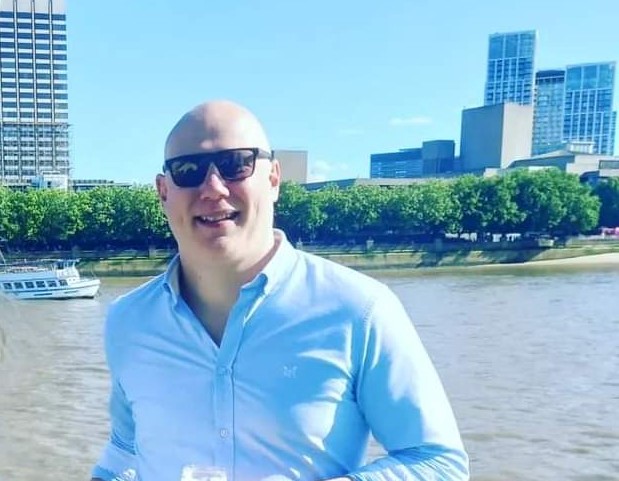 Ben joined the Royal Air Force in 2012 after a short time in both the Royal Navy and the British Army. As an aerospace systems operator, Ben took up his first post at RAF Boulmer in Northumberland as a simulator operator. Once fully qualified in the simulator roles he spent a considerable amount of time working with BAE Systems to develop changes and upgrades in capability to the simulator equipment at the School of Aerospace Battle Management.

In 2015 Ben completed the Weapons Controller Course and with it gained promotion to sergeant and a posting to the Control and Reporting Centre (CRC) at Boulmer. After six months mostly doing quick reaction alert, he was posted to No.1 Air Control Centre (1ACC) at CRC Scampton in Lincolnshire. It was at 1ACC that he quickly gained his combat ready certification, becoming an instructor shortly afterwards. His progression continued as he moved into Training Squadron (Sqn) to become the deputy controller training officer, before qualifying as a fighter allocator and becoming an instructor in this role.

In 2019, Ben was promoted to flight sergeant at the same time as earning a place on the Typhoon Qualified Weapons Instructor Course (QWIC) at 29 Sqn RAF Coningsby. He successfully completed the course later that year, becoming only the second RAF senior non-commissioned officer to have done so. He remained on 29 Sqn and went straight onto the staff to teach the proceeding courses.

During his time on 29 Sqn he helped qualify 13 Typhoon QWIs, a mixture of aerospace battle managers, pilots and intelligence officers. Within this role Ben was heavily involved in Typhoon and F35 trials at the CUTLASS facility at MOD Abbey Wood, as well as tactics development in the Typhoon training facilities at RAF Lossiemouth and RAF Coningsby.

In 2021 Ben assisted with the concept and later the creation of the C2 QWIC, which had its maiden course in 2022. He was posted to 20 Sqn RAF Boulmer in November 2021 to be one of two staff teaching the first course, where he remained until leaving the RAF in July 2022.

Originally from Mousehole in Cornwall, Ben enjoys spending time back in his home county where his family still reside. In his spare time, he likes socialising, music (playing both piano and guitar), watching almost all sports and learning how not to be terrible at golf!

Welcome to the Inzpire team, Ben!

Find out more about careers at Inzpire and view our current vacancies here.