You may have been lucky enough yesterday, Wednesday 7 July to catch sight of 10 Puma helicopters flying in formation over the UK.

The event was to celebrate 50 years of service for the aircraft and the route took the helicopters over locations which have historical importance to the fleet, as well as locations which provide operational support to the Puma.

One such location was Inzpire's head office in Lincoln, where the company's mission systems experts are based. 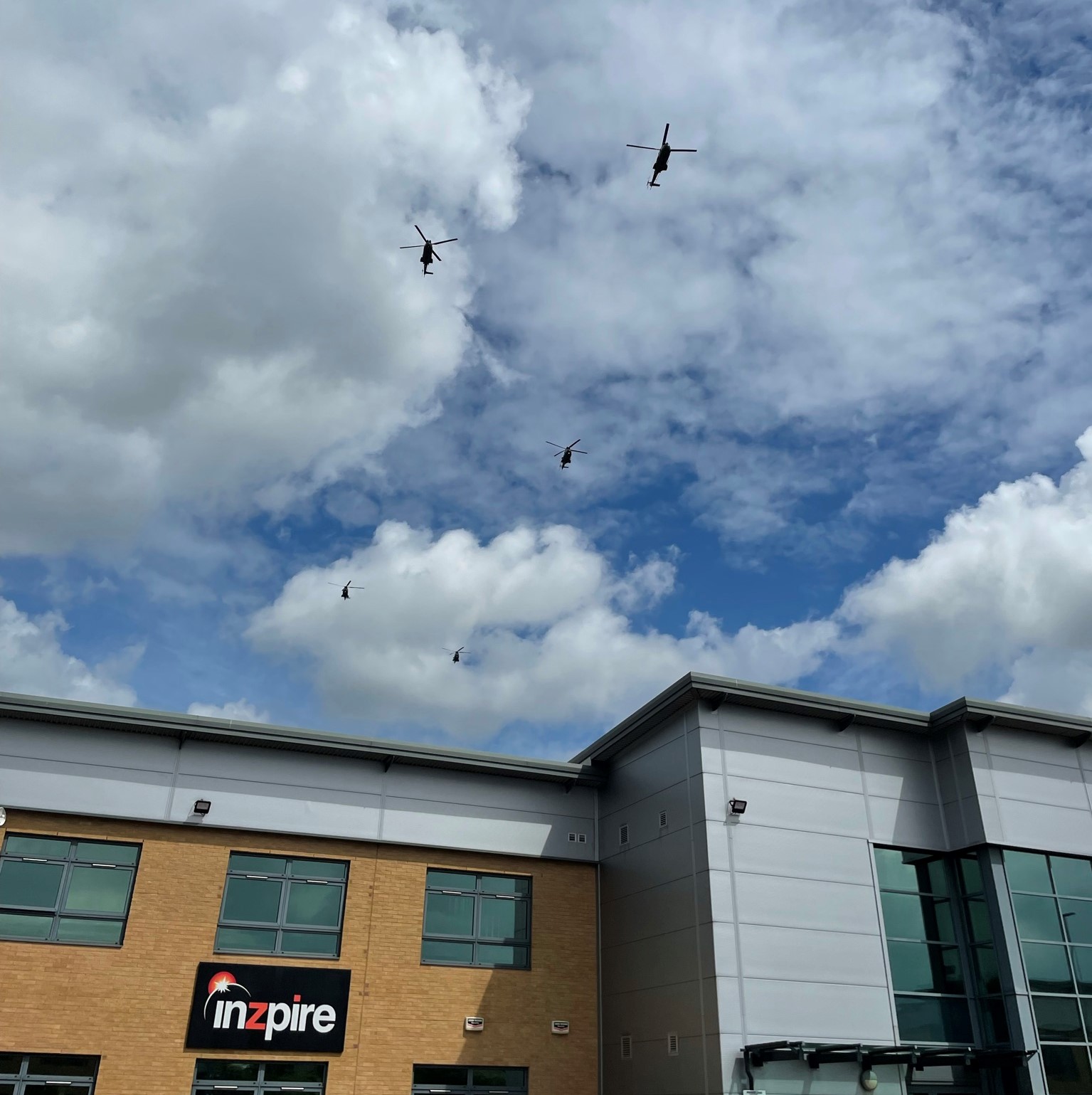 As you saw the impressive formation flying overhead yesterday, you may have wondered how they craft such a precise flying route, taking in numerous locations with typical military precision timing? The answer is by using Inzpire's GECO Mission Support System.

Back in 2015 the Puma force at RAF Benson made the decision to develop their operationally proven analogue aircraft, contracting Inzpire to provide a bespoke Mission Support System (MSS) including an airborne tablet digital moving map and electronic flight bag.

Since its successful introduction to the Puma fleet six years ago, the Inzpire mission systems team has provided a comprehensive GECO support package, from training new aircrew and operations staff to delivery of bespoke data and software updates and integrating a fully networked enhancement to the MSS at RAF Benson in 2017. Continued development of the MSS capability has transformed the Puma fleet to establish it as the first UK military helicopter with a fully paperless cockpit.

During its time on Puma, GECO has seen continual use in the harsh environment of Afghanistan, supporting the Puma detachment throughout their Op TORAL commitment. Because of its complex mapping system, GECO can also be used to monitor and assess terrain, allowing aircrew to plot points of interest on the tablet whilst flying. It is this capability which makes the system so versatile allowing it to be used by the military during humanitarian efforts. In late 2017, GECO was used by the UK Joint Helicopter Command’s Puma Force assisting in the relief efforts in the Caribbean, following the devastation caused by Hurricanes Irma and Maria. As part of the British Governments relief support package, 3 Puma helicopters were deployed to the region, supported by the Inzpire mission systems team through the provision of region specific data and associated technical support. 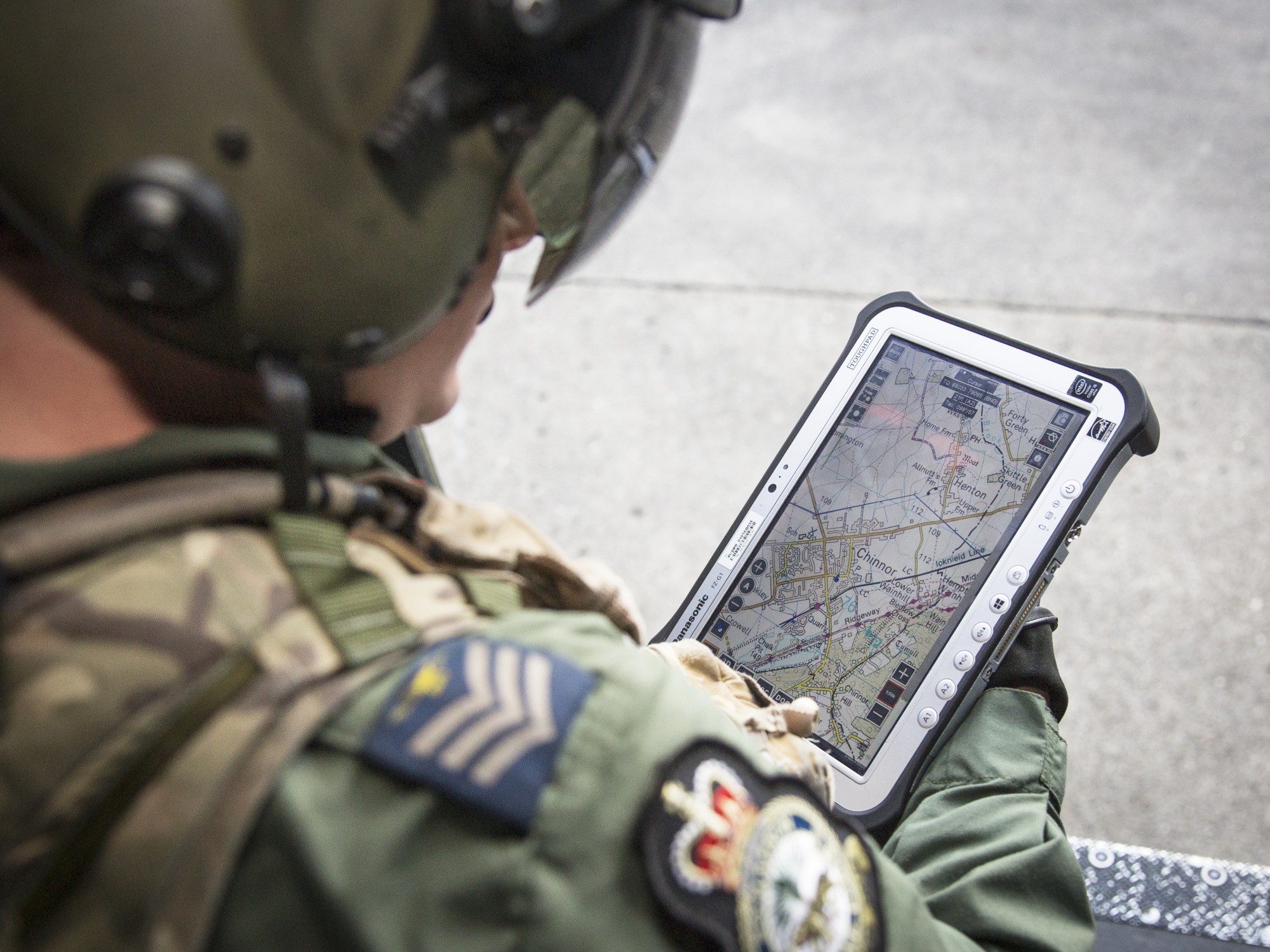 Owen Varley is the chief engineer within our mission training devices division, but joined Inzpire working within the mission systems team on GECO. Owen has a unique stance on the relationship between the Puma fleet and GECO, having joined Inzpire after serving on the Puma fleet himself. Looking back on his time on the Puma Force, and 50 years of the aircraft, Owen said:

"I can’t believe its been 50 years since the majestic Puma joined the ranks of the RAF’s helicopter fleet. Whilst, disappointingly, the answer to the question never seemed to be 2 Pumas, both the HC1 and HC2 marks of Puma were incredibly capable platforms that were equally fun to operate. Whether it was lifting casualties out of scrappy landing sites in Kenya at the limit of engine and rotor performance in the HC1 or moving mail bags, dogs and troops around Kabul in the HC2, the platform always stepped up to the task.

"I feel very lucky to have had the privilege to fly the Puma and to have been able to work alongside some truly excellent individuals. I feel equally proud that, post leaving the service, I was able to continue to support the Puma Force at Inzpire. Working hand-in-hand with the RAF we delivered a world-leading mission planning and situational awareness capability to the platform in the form of our GECO Mission Support System. Through cutting edge software development and innovative approaches to both safety and systems engineering we were able to support the Puma in becoming the MOD’s first fully paperless cockpit.

"I thoroughly enjoyed my time serving on the Puma Force and I am very much looking forward to the joining the celebrations to mark 50 years of Puma flying".

Inzpire is proud to support the personnel of the RAF Puma Force, as they continue to expand the aircrafts’ operational pedigree into a sixth decade of flying.