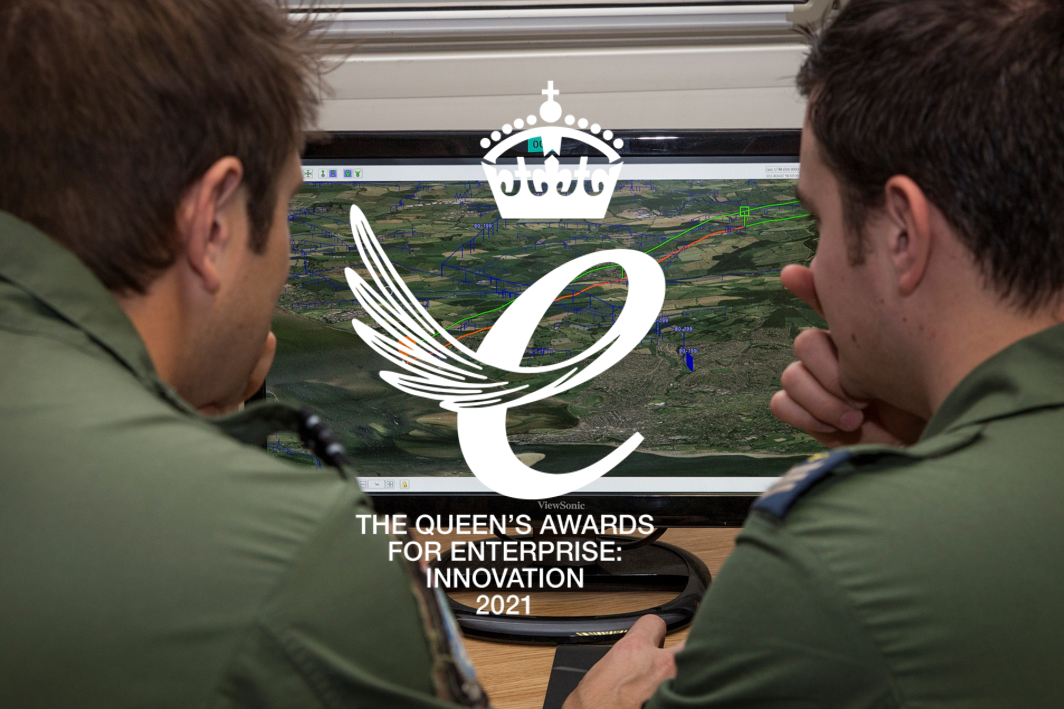 Lincoln-based Inzpire Limited has been honoured with a Queen’s Award for Enterprise: Innovation for a second time.

Announced today (Thursday 29 April), Inzpire is one of 205 organisations nationally to be recognised with a prestigious Queen’s Award.

Inzpire has been recognised for its excellence in innovation for its next-generation GECO Mission Support System.

Designed by ex-military aviators and industry-leading engineers from the business’s Mission Systems Division, Inzpire’s mission support system enhances safety and effectiveness for military aircraft operations. Consisting of ground-based mission planning tools and a ruggedised tablet which is used in-flight to assist aircrew during complex military operations, the system has been in use with the UK Ministry of Defence for over a decade and is employed by a number of international armed forces.

GECO has been in-service with the UK armed forces since 2009 and is combat proven during operations in Iraq, Afghanistan, Libya and Syria. GECO is also in service with the Royal Jordanian and Indonesian Air Forces, and is supplied to a variety of original equipment manufacturers alongside their aircraft.

Inzpire won its first Queen’s Award for Enterprise: Innovation in 2014 for the GECO tablet alone. Since then, the company’s mission systems experts have been working tirelessly to enhance the capability in to a full system, allowing aircrew to plan, fly and debrief missions from beginning to end. The system can now be used by multiple aircraft at once, and allows communications between aircraft during flight using an instant messaging tool. 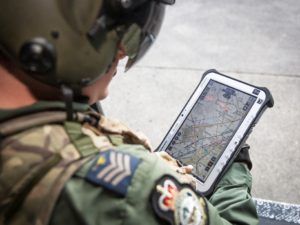 In 2014 Inzpire won its first Queen's Award for the GECO tablet.

The ground-based system allows aircrew to plan and rehearse a mission before take-off, plotting vital calculations such as mission timings, flight plans and the weight of aircraft to ensure the flight they are about to undertake is as safe as possible. The tablet, which can be hand-held, knee-mounted or integrated in to the aircraft’s cockpit, enhances aircrew awareness during flight allowing them to detect potential hazards such as electricity wires which can be extremely dangerous to low-flying helicopters.

Utilising both 2D and 3D maps and moving imagery, GECO supports users through the whole mission cycle to enhance the planning, briefing, execution, and debrief phases. The ITAR-free software supports fast jets, helicopters, and multi-engine aircraft, and benefits from a modular system architecture which enables integration with secure ground C2 networks and delivers a scalable solution to meet the most demanding of single or multi-aircraft mission requirements.

Because of its complex mapping system, GECO can also be used to monitor and assess terrain, allowing aircrew to plot points of interest on the tablet whilst flying. It is this capability which makes the system so versatile allowing it to be used by the military during humanitarian efforts. In late 2017, GECO was used by the UK Joint Helicopter Command’s Puma Force assisting in the relief efforts in the Caribbean, following the devastation caused by Hurricanes Irma and Maria.

There are over 400 GECO systems fielded worldwide across 18 different platforms including Apache, Puma, Blackhawk and Chinook helicopters, and F-16, Hawk and Texan fixed-wing aircraft. 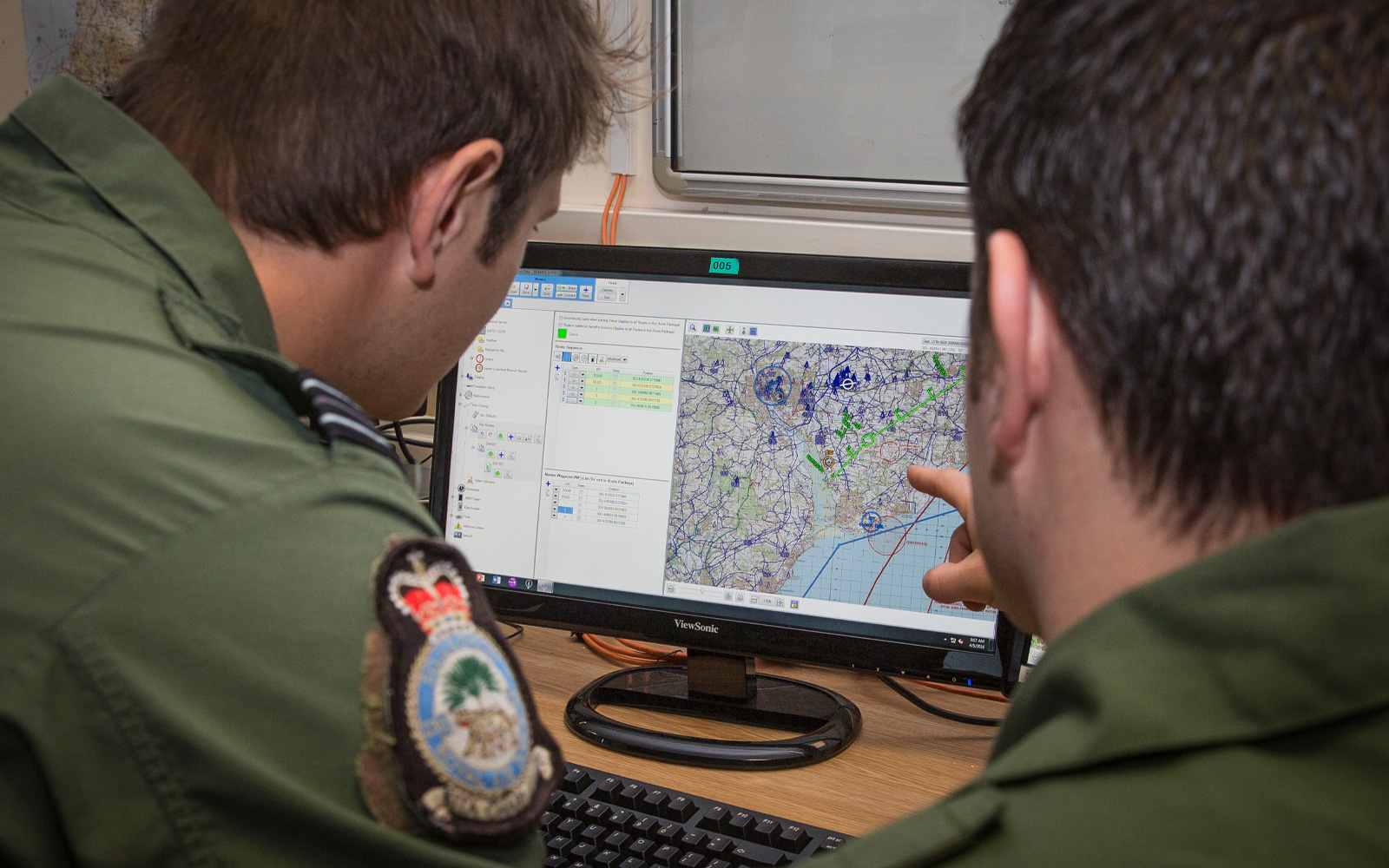 The ground-based system allows aircrew to plan and rehearse a mission before take-off.

Hugh Griffiths, Inzpire’s CEO said: “We are delighted to win our second Queen’s Award for Innovation. Inzpire is deeply committed to offering pioneering new capabilities to our customers and this prestigious award is a wonderful recognition of both our innovative ethos and the disruptive and ground-breaking nature of our GECO product.”

Jonny Smith, Head of Inzpire’s Products Operational Business Unit, said: “We are delighted to receive the Queen’s Award for a second time.  Innovation lies at the heart of everything we do within Inzpire’s Mission Systems team and the award is testament to our outstanding people.

"We constantly strive to provide aircrew with the best mission support system for the job and have taken GECO forward at pace in order to ensure that we continue to meet the demanding requirements of operations and training.

"We have always worked hand in glove with our UK and international customers across a multitude of aircraft types to understand their evolving needs and to provide innovative, rapid, value for money solutions.

"Our long-term, customer-focussed approach means that, no matter how good GECO is today, it will be even better in the future.”

Now in its 55th year, the Queen’s Awards for Enterprise are the most prestigious business awards in the country, with winning businesses able to use the esteemed Queen’s Awards Emblem for the next five years.