I don’t know about you, but it seems like it was only five minutes ago that we released our 2021 stats and facts blog.

2022 seems to have flown by in a whirlwind of hybrid working, Teams meetings and adjusting to the ‘new normal’ post-pandemic; but Inzpire is flourishing and our people are doing some amazing things.

We’ve signed just shy of 60 contracts this year, which will see us continuing to work alongside the armed forces in the UK and beyond, as well as venturing in to some different areas of work.

Making health and wellbeing our number one priority

As is always the case, we’ve done everything we can this year to look after our people: we look after our people, so that they can support our armed forces. In December, we won the Best Companies Wellbeing Award in recognition of our work in this area, and ranked at number 9 in the UK’s best large companies to work for list.

In April 2022, we reacted quickly to the increase in living costs and took a number of steps to support our employees financially. We increased wages by 2.5% or £1500, whichever was greater – meaning those on the lowest salaries saw the biggest increases.  We also introduced a temporary Cost of Living Allowance (‘COLA’) which provided every employee with an additional £100 per month to help get them and their families through the financial crisis. As a business, we committed to revisiting cost of living measures at the financial mid-year point.

As we reached October of this year it had become painfully clear that the cost of living crisis was not easing. We therefore converted the temporary COLA payments into a permanent salary increase for all our staff. Taking this step means that since the start of April 2022, the increase in pay for every full-time member of staff who was working for us at the start of the financial year has been at least £2,700. And we made sure that our employees had plenty of opportunity to get away from their desks too, with a wide range of health and wellbeing events taking place throughout the year. In February, 18 of our staff attended a talk on World Cancer Day run by one of our own employees, giving an insight in to supporting loved ones through cancer. For stress awareness month in April, 26 of our employees took part in events during the working day; these included yoga and a sports massage taster session. May was National Walking Month and a group of 23 employees and their families spent the weekend in the beautifully quaint village of Edale in the Peak District, enjoying lots of hikes and country pubs!

The Inzpire family grows once more

It seems our company culture and emphasis on looking after our employees is continuing to appeal to others, too! We’ve run 57 recruitment campaigns, have sifted through almost 650 job applications, and have interviewed 173 potential candidates. By the end of December, we will have had 72 new people join the company since January. We’ve also looked within to fill vacancies within the business, with 21 people - equitable to 7.5% of the headcount of the company – gaining promotion this year. It’s certainly time for a festive rest for our HR team!

Distributed working enabled by technology (and our amazing IT team!)

As more and more people have joined the Inzpire team and we’ve adopted hybrid working for all, we’ve had to adapt to conducting much of our business online – resulting in some pretty incredible statistics on our Teams usage.

However, we didn’t just conduct work in the 2D realm in 2022; there’s been an international flavour to this year, with our employees travelling all over the world to support our customers (and meet up with real-life 3D people!).

22 of our subject matter experts have supported 12 Ministry of Defence trips, travelling to 8 countries alongside our armed forces.

Our business development executives have contributed to much of this international travel. Between the 3 of them, they’ve conducted business development activity on 5 continents, worked with 13 different commercial intermediaries, and travelled to 9 countries for exhibitions. We also held meetings with representatives from 28 different countries at this year’s Farnborough International Airshow.

While we’re on the topic of international work and travel, our team based at the European Defence Agency’s (EDA) Helicopter Training Centre at Sintra Airbase in Portugal has delivered a total of 13 courses this year to aircrew from all over Europe. 7 of those courses have been helicopter tactics courses, where we have trained 190 students from 6 different European nations. 25 students from 6 nations have studied with us on the Helicopter Tactics Instructor course. Our electronic warfare training has been delivered to 69 students on 3 different courses, with 16 countries involved. And last but by no means least, our Composite Air Operations (COMAO) course was delivered 2 times, to 49 different students from 12 countries. A very impressive year!

Continuing on the training theme, experts from across the business have been supporting our armed forces throughout 2022 in a variety of training exercises and programmes both big and small.

In the last 12 months, our Human Factors Division has delivered 38 courses for the MoD and trained nearly 210 flying training students.

Our team embedded within 54 Squadron has been integral to the delivery of the REAPER Qualified Weapons Instructor Course (QWIC). Our experts updated and created 48 simulator missions producing 336 mission products, ultimately increasing the capability to operate as a pair of MQ-9’s and delivered lessons on the ground school. During the course, 15 weeks of simulator missions were conducted by our team, amassing a huge 5000 hours of training delivery and instruction. 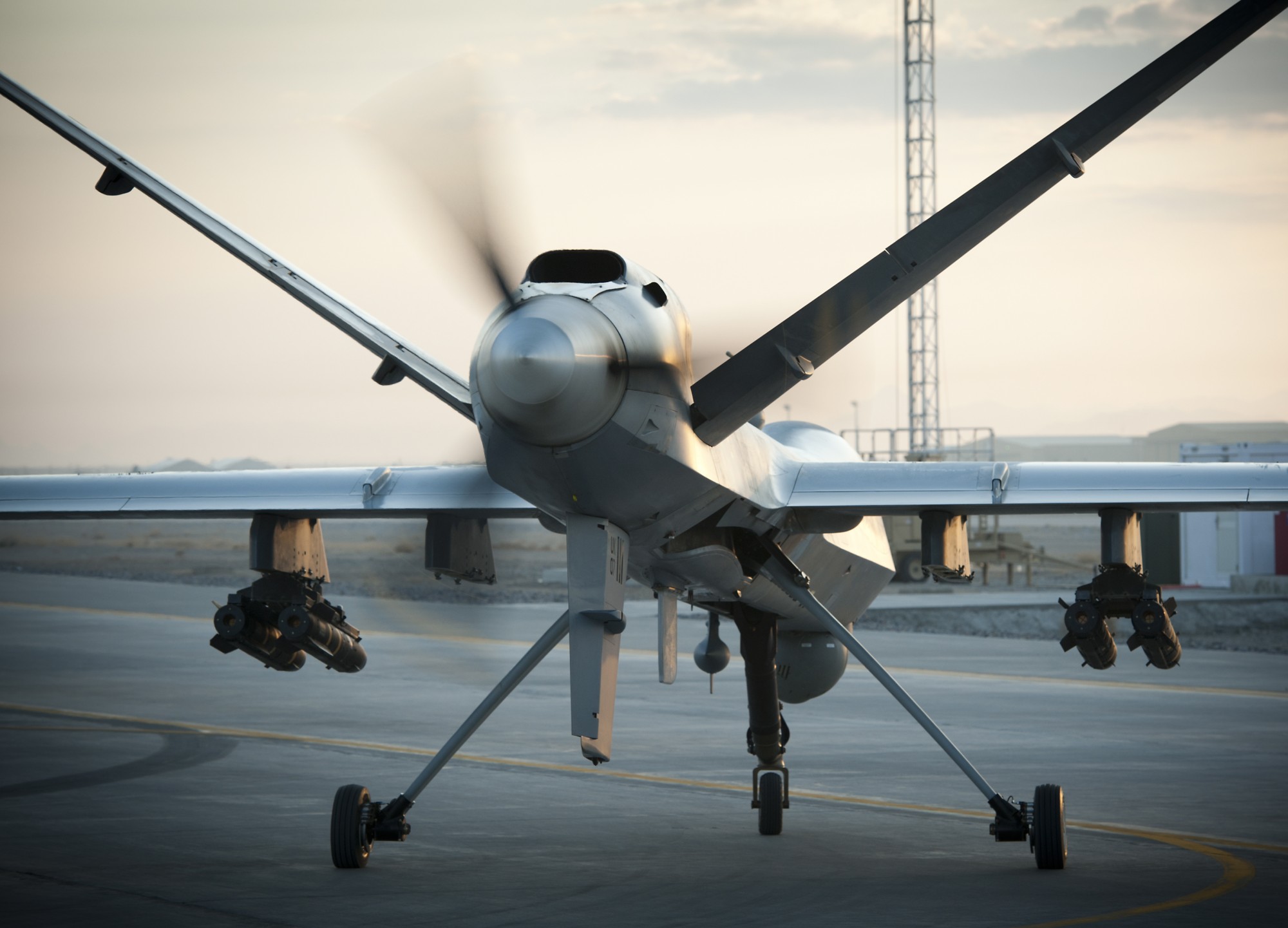 Just a short walk away at 92 Squadron, our collective training and space experts were hard at work delivering Exercise COBRA WARRIOR. In total, our team were directly involved in 32 hours of combined air operation training. The Exercise saw 444 total sorties flown, with 124 aggressor sorties and 164 BLUE air missions. In one particularly complex mission, there were 70 aircraft involved! Our team also wrote 500 intelligence reports for student analysis in the Combat Intelligence Cell.

And life has been equally as busy for our Intelligence Division based at MoD Chicksands.

The training development team has completed work on 32 different training courses, with work on a further 64 courses ongoing. This has resulted in the creation of 341 new training documents and 377 training documents being updated. As part of a major training needs analysis and external validation project for an overseas client, the team also interviewed 70 of the client’s stakeholders, instructors and students.

The team topped off their year by producing 277 imagery intelligence reports for customers, delivering 10 open source cyber vulnerability investigations and a providing total of 22 weeks of support to UK intelligence synthetic training.

Completing the hat-trick of delivering training for air, land and sea, our Maritime Division delivered training to a total of 230 military personnel from 2 Royal Navy Type 23 Frigates during the Platform Enabled Training Capability (PETC) Concept Capability Demonstration and Exercise SHARPSHOOTER. The team were also part of an 8-strong group of Inzpire personnel who visited HMS Prince of Wales. 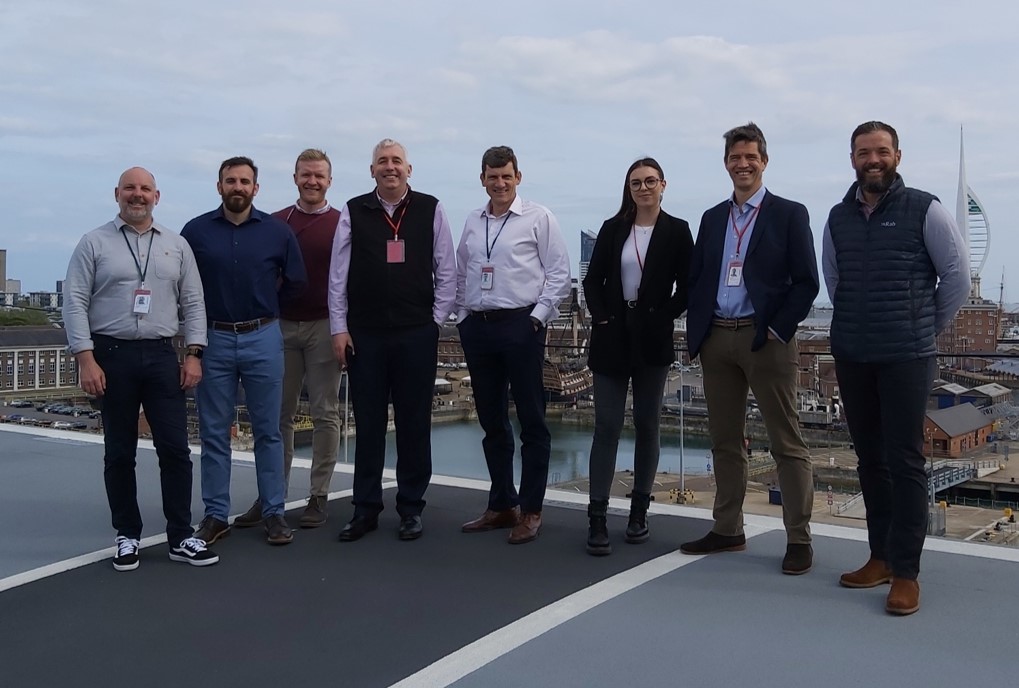 Delivering our GECO Mission Support System around the world

Back at Inzpire HQ, where our Mission Systems and Services (MSS) Division are based, 2022 has seen a flurry of activity to further support armed forces around the world who use our GECO system.

The team have been big on CPD and training this year, with 13 internal training and awareness sessions completed. They’ve also delivered 16 training sessions for GECO customers.

To ensure GECO is as up-to-date as possible, over 1219 documents have been reviewed and approved by the team this year, with 54 work instructions issued or updated to further improve the team’s already slick processes. Customer service has been a top priority for this year, with 154 customer support calls logged and resolved with typical Mission Systems efficiency!

Of course supporting the delivery and maintenance of GECO can’t just be done from our head office and this year, MSS Division has made 38 visits to customer (both current and potential!) sites across 3 continents (South America, Europe and Asia). They’ve completed system software updates at 6 current user sites. In total, the team have travelled 34,400 miles providing customer support in the UK and have amassed 38,000 air miles travelled outside of the UK for installations, support, training and business development.

They’ve also been doing their bit for the planet to offset their travel and 4 people from the MSS team have pledged to cycle to work this year, rather than drive. Between them, they’ve saved 368kg of CO2 emissions; the equivalent of 18 trees.

In amongst all of the support we have delivered to our current armed forces, we’ve also done our best to engage with the future workforce and have spent as much time as possible delivering STEM events and engaging with the younger generation.

1012 school-age children attended the RAF Cosford Forces in STEM event, where our Compact Agile Simulator Equipment (CASE) proved to be a hit! Andy Challen has completed 4 schools visits this year, engaging around 80 students with presentations about his time in the RAF. He’s also attended and supported 3 events organised by the Jon Egging Trust, helping 45 students develop their skills and personal confidence. 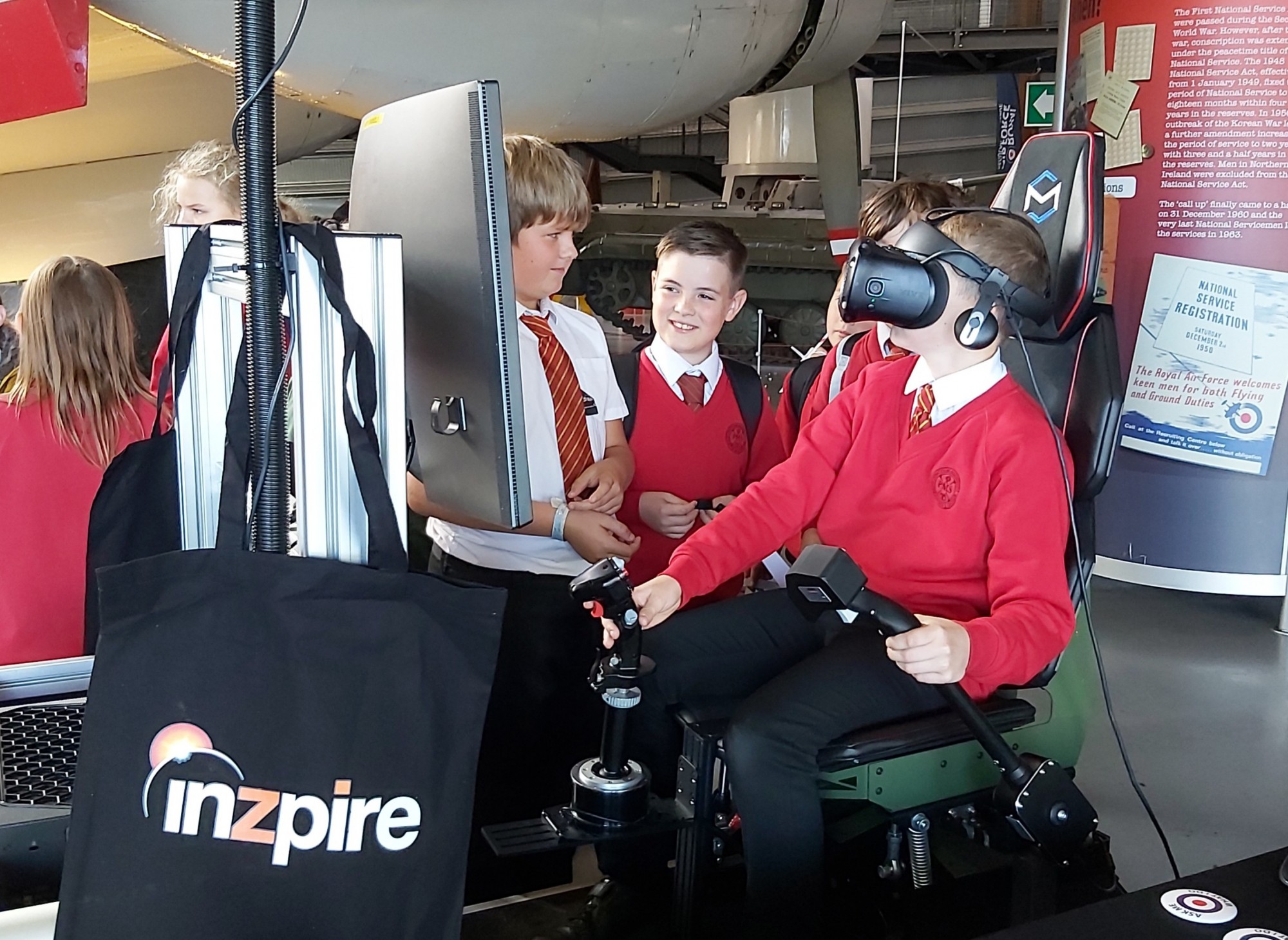 Times are hard, and we’ve done everything we can to support an array of organisations and charities near and far. In total, we’ve donated £14,100 to charity and have committed £40,000 to sponsor: local junior sports teams and individual sportsmen and women; fundraising challenges; military events such as families’ days, firework displays and wider community events; military award ceremonies; and force development events

Anymore for any more…?

If you’ve read our end-of-year round-ups before, you’ll know that we also like to include some more ‘miscellaneous’ pieces of information. This year we can proudly confirm that 450 packets of Inzpire-branded jelly beans have been handed out at events and exhibitions!

And the stat you’ve all been waiting for, of course, is the annual update on Bob Chevli’s indoor rowing exploits. This year, despite having to have a full anterior cruciate ligament re-build in March, he’s managed 1,506,871 metres as of 10 December.