Last week we announced that we had won a Queen's Award for Enterprise in Innovation for a second time and told you the story of GECO so far.

Today, we are introducing you to some of the key people behind GECO.

Inzpire’s GECO Mission Support System is produced by a team dedicated to giving our users the best product possible, recognising that they rely on it every day. The team come from a wide range of backgrounds but all work towards the common goal of allowing crews to fly their aircraft to the limits with a safe and robust plan, produced with the minimum of fuss.

Jake served in the Royal Australian Air Force, flying in the supersonic F-111 as an Air Combat Officer. The F-111 was a fantastic aircraft, but Jake saw that aircrew could operate it more effectively if they used a tablet-based mission aid to supplement the information available in the cockpit. This spurred him to create the first version of GECO. After meeting one of the founders of Inzpire, Mark Boyes, Jake joined the company and today is GECO’s software architect, with responsibility for turning the myriad customer requirements and design inputs into the user friendly and robust package of software that is GECO.

Jake’s personal highlights of working at Inzpire have included: 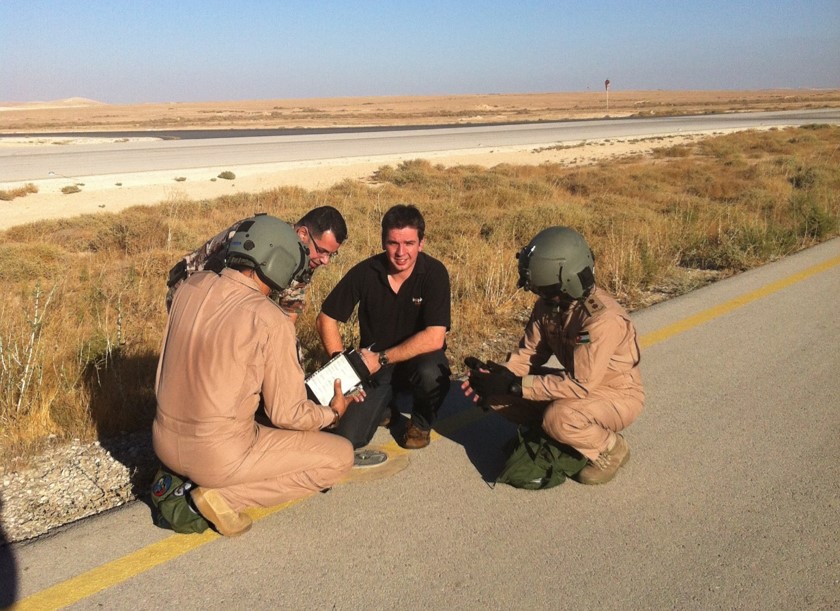 Jake helping some of our customers get to grips with GECO

Courtney joined Inzpire a year after completing her degree in Sociology and Criminology at Sheffield Hallam University. With a Business Studies A-Level and ample experience with technology and customer service she was looking to join the business as an administrator. After meeting the Mission Systems Office Administrator at the time, she joined the team to cover a period of maternity leave.

At the end of this cover, having learnt everything there is to know about the Mission Systems team and GECO Courtney took up a permanent role as the Document Configuration Manager. Knowing she wanted to stay in the business side of the company, Courtney made her way into a Junior Project Manager position. Today, 3 years into her journey, she is a Project Manager within Inzpire’s Products business unit and has just successfully delivered her first major project with more up and coming.

On her time working for Mission Systems, Courtney says:

“Personally, I enjoy that this role is challenging and I’m given many opportunities or responsibilities to make myself a better employee and a much more confident person. It’s also satisfying watching GECO grow as we work on diverse projects with other contractors, the UK MOD and overseas clients.

My biggest highlight is delivering my first major project, providing GECO for an overseas aircraft manufacturer, though overall the best bit of my job is working with the Mission Systems Team, who are incredibly supportive and amazing at what they do.” 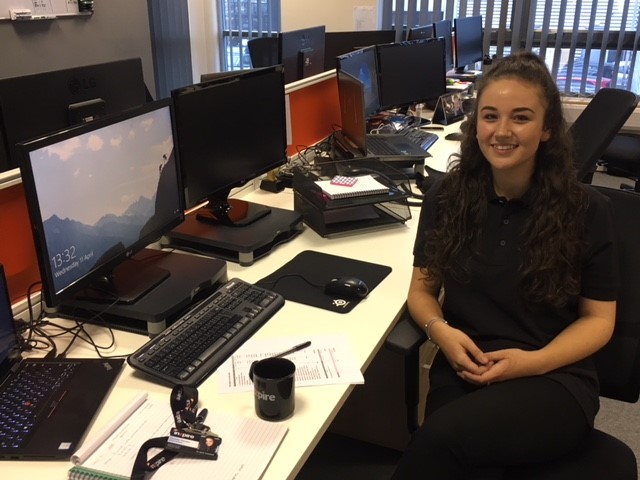 Lawrie served in the RAF for 23 years, before joining a defence contractor working as a Safety Consultant. As part of his work before coming to the team, Lawrie worked with both UK and overseas partners on the safety case for Typhoon. In 2016 Lawrie was convinced to join Inzpire to provide his safety expertise to the Mission Systems team.

Lawrie had an immediate and positive impact on the team, enhancing its Air Safety Management System and further developing Inzpire’s extensive set of safety documentation and evidence.

As the team and GECO System rapidly grew in both size and complexity, Lawrie’s expertise in safety management systems has been vital to ensuring that Inzpire’s customers, both new and old, can continue to rely on GECO to deliver them the right information, in the right format at the right time.

Lawrie’s personal highlights during his time working on GECO are focussed on occasions when the GECO System has truly enhanced flight safety, for instance by providing up-to-date map or obstacle data when another system has failed. These occasions remind him that the work that the team does has the potential to save lives, an area which is close to any safety engineer’s heart.

Dickie flew as Non-Commissioned Aircrew in the Royal Air Force for 28 years, operating as both a Tactics and Weapons instructor on the Chinook and Merlin fleets, gaining experience across five different operational theatres. His final tour of duty was as the Operations Officer on the combined Chinook and Puma conversion unit. It was here that he managed the Puma GECO Mission Support system, before joining Inzpire as a Field Service Representative within the Mission Systems team.

The work Dickie conducts is very much customer facing, acting as a conduit between the client and Inzpire’s development and engineering teams. Dickie also writes and delivers all GECO training for our military customers.

Being able to use many of the skills that he brought from the RAF into Inzpire has allowed Dickie to work across a broad range of projects, his highlights being:

Inzpire was one of just 27 companies worldwide recognised by Lockheed Martin Rotary and Mission Systems as an Elite Supplier in 2020, and one of only two non-U.S. companies to be included on the list.

Andy is an experienced manager with more than 2 decades of RAF Avionic Engineering experience covering Electronic Intelligence, Software Delivery and Rotary Wing platforms in requirements, delivery, maintenance and management roles. Since leaving the RAF in 2011 Andy has been responsible for running teams responsible for the delivery of Information Technology based projects across Corporate, Commercial and Military sectors.

On joining Inzpire in 2015, Andy started work as a Project Manager responsible for the delivery of mission system projects to stringent standards before being promoted to Head of Programmes in April 2019 and to Head of the Mission Systems team in September 2020.

Andy is immensely proud to work as part of the Missions Systems team and could recount many highlights that the team has achieved in the delivery and support of capability to meet customer requirements and expectations over the last 5 years. Andy names the declaration of Full Operating Capability for the Puma Mission Planning System as a particular highlight from his early years at Inzpire, saying:

“The Puma project really put our full Mission Planning System on the map and was a great team effort between the MoD and Inzpire. Since then, we’ve gone from strength to strength delivering technically challenging projects both in the UK and abroad, working alongside major defence contractors.  We have received a number of awards in recognition of the outstanding team performance that we have delivered, which makes me very proud”.